TITLES AVAILABLE IN THIS SERIES

EACH TITLE IN THE SERIES OFFERS: 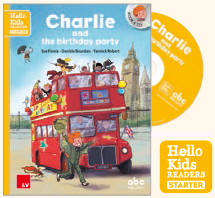 CHARLIE AND THE BIRTHDAY PARTY

For Charlie's birthday party, Dad hires a double- decker bus. Everyone wears a costume and the party starts but Charlie's presents strangely disappear from the bus... 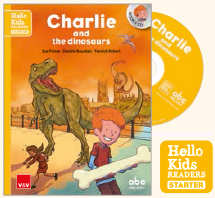 CHARLIE AND THE DINOSAURS

Sam, a neighbour's dog, nds an enormous bone in the garden. The following night, Charlie has a strange dream: he and his friend Stella fall into a dark tunnel and they end up in London City centre... full of dinosaurs! 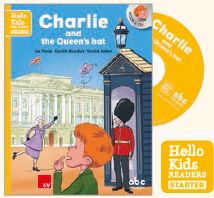 CHARLIE AND THE QUEEN'S HAT

Charlie's class receives an invitation from the Queen to attend her annual garden party. At Buckingham Palace, the wind blows and the Queen's hat ies away! Can Charlie and his friends help the Queen nd her hat? 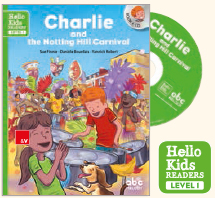 CHARLIE AND
THE NOTTING HILL CARNIVAL

Funny people wearing funny costumes. Where are they going to? Charlie and his friend Stella want to know. They follow them and end up in Notting Hill Carnival...Let the fun begin! 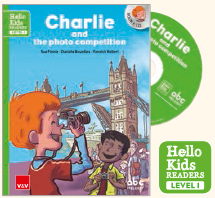 CHARLIE AND
THE PHOTO COMPETITION

There's a photo competition in London. Charlie and Abdul are good photographers. They visit Big Ben, Buckingham Palace and Tower Bridge to take the best photo... Who will win the competition? 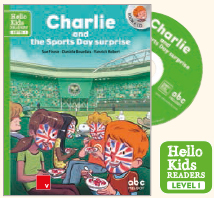 CHARLIE AND
THE SPORTS DAY SURPRISE

Today is Sports Day in England. There are lots of sporting events in Charlie's school and this year, the winning team will get free tickets for the Wimbledon Final. Are Charlie, Stella, James and Vidisha ready for this fantastic competition? 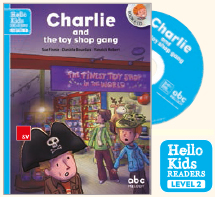 CHARLIE AND
THE TOY SHOP GANG

It's Christmas. Charlie goes shopping in Hamleys, the great London toy shop, with his friends James and Stella. But as the children play video games, they fall asleep... 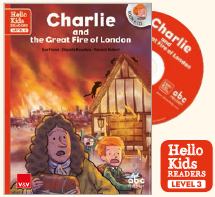 CHARLIE AND
THE GREAT FIRE OF LONDON

Charlie and his class go on an excursion to famous Monument to learn about the Great Fire of London. During the visit, Charlie and his friend Pierre travel back in time to 1666... 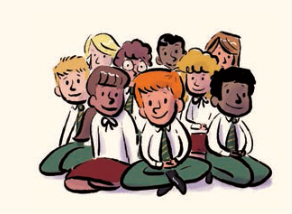